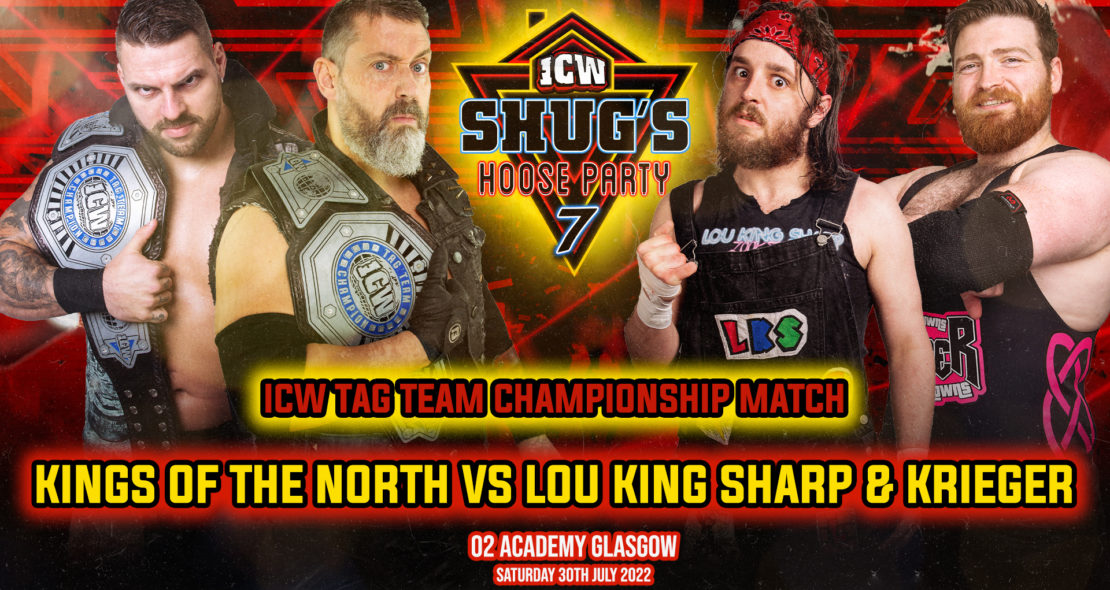 It’s the tag title clash that everyone has been waiting for, and at Shug’s Hoose Party 7, it’s finally happening!

Since winning the ICW Tag Team Championships at Fear & Loathing XIII, the Kings Of The North have bulldozed their way through the Tag Team division, defending the titles against the likes of The Nine9, The Meat Wagon, and The Young Team. At Shug’s Hoose Party however, they come up against their biggest challenge yet.

Lou King Sharp & Krieger are arguably the most popular team in Insane Championship Wrestling, having been part of the promotion for years, previously winning the titles for themselves back in 2020. With their issues with Thatcher’s Cabinet now behind them, Lou & Krieger have their sights set on the ICW Tag Team Championships, and they’re not taking no for an answer. Check out the footage of Lou & Krieger calling out the champs here.