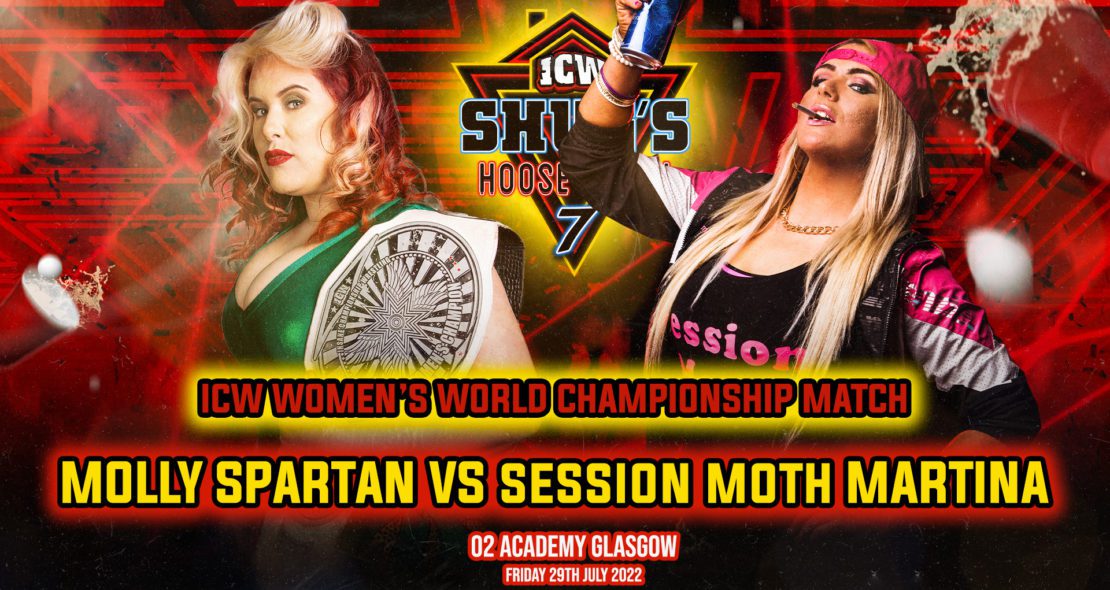 Get the cans in. Martina’s back!

For the first time in 4 years, Session Moth Martina will return to ICW at Shug’s Hoose Party 7 – Night 1, where she will challenge Molly Spartan for the ICW Women’s World Championship.

Molly has been on a dominant run through ICW for the past 2 years, with no signs of slowing down since she won the title at Barred II back in April. However, she has likely never faced an opponent as unique and unpredictable as Martina.

A former ICW Women’s Champion in her own right, Martina announced her return via video to the ICW Fight Club crowd recently, and was met with massive applause.

Can Martina reclaim the title on her first night back, or will Molly add another name to her list of victims?