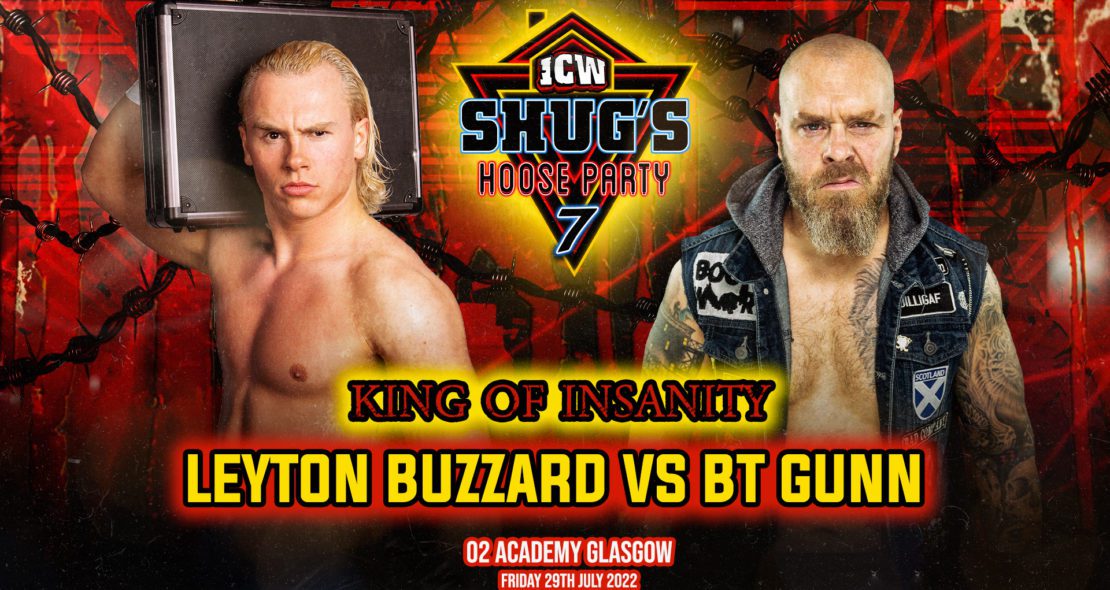 The most brutal match in all of Insane Championship Wrestling takes place at Shug’s Hoose Party 7 – Night 1, when BT Gunn faces Leyton Buzzard in a King Of Insanity match!

BT & Leyton went to war throughout 2021, even facing each other in a Steel Cage match at ICW Barred. While their bad blood seemed put to bed since then, the tension between the two has picked up in recent weeks, leading to a match between the two at the most recent Fight Club event, which went to an eventual time limit draw.

With the score still to be settled, Leyton challenged BT to face him in the main event of Shug’s Hoose Party, but it was The Oddity who upped the stakes when he demanded Leyton face him in a King Of Insanity match.

This will be the first time that the now iconic Death Match will take place on a show other than Fear & Loathing, and you can bet the two men involved will be willing to go through hell to leave the o2 Academy as the King Of Insanity.

Will BT defend his crown, or will Leyton add another accolade to his impressive list?

Find out on Friday 29th July at Night 1 of Shug’s Hoose Party 7!