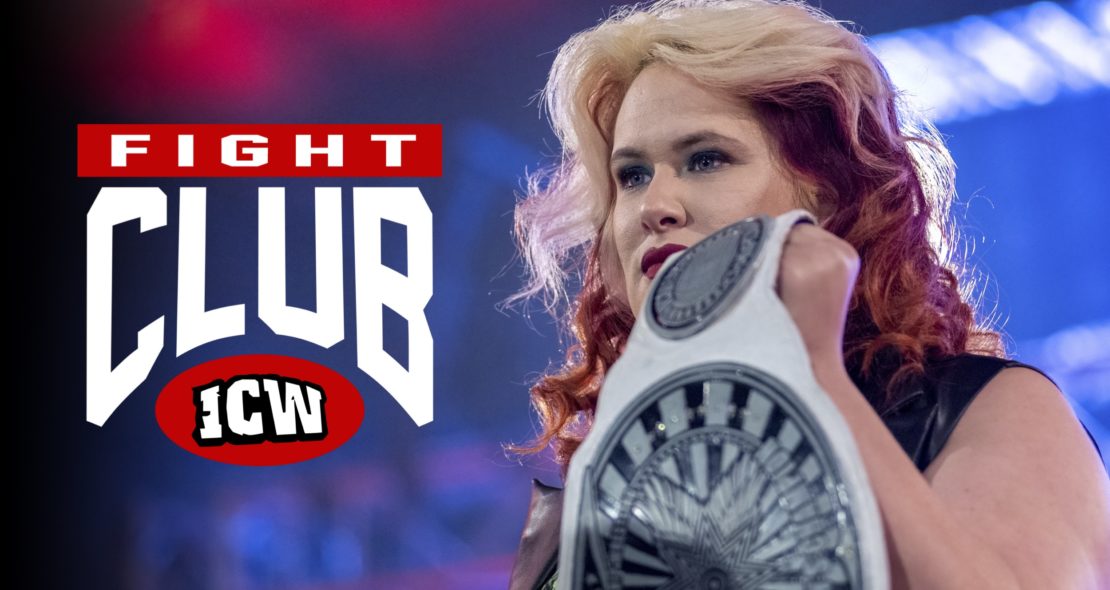 We’re just days away from ICW’s return to The Asylum in Glasgow on Sunday 29 May.

New to ICW or haven’t tuned in in a while? Fear not! We’ve got you covered. Here’s a look at some of the biggest matches going down this Sunday.

After refusing to join ICW outcasts The Manifesto, Xero became a target for the dominant faction led by Clyde River Killer, ADM. After several attacks at the hands of Manifesto member Grant McIvor, Xero was granted a chance at redemption: a Chain Match against McIvor. Both competitors will be joined by their wrists at opposite ends of a chain. The restraint, and anything tied to it, can be used as a legal weapon. A disqualification occurs if either wrestler frees themselves from the restraint before the match is won. Competitors can win via pinfall, submission, or KO.

After putting each other through hell in a rivalry born during ICW’s closed-door shows in lockdown, fans never got to experience the spectacle of Buzzard vs. Gunn in-person. All that changes on Sunday 29 May as two of ICW’s best performers go head-to-head for the first-time-ever in front of fans to finally prove who is the best, once and for all. Watch Buzzard address Gunn in this digital exclusive.

World Champion Molly Spartan and challenger Lana Austin are no strangers to one another when it comes to in-ring competition. The pair have wrestled over the years, although Austin hasn’t come up against this version of Spartan, arguably on the run of her career. A digital exclusive released earlier this week showed Spartan reflecting on her career, before emphatically declaring that the version of Spartan Austin stood across the ring from “is dead.

Tickets for ICW Fight Club on Sunday 29 May are available here, and you can view the full card below. Grado Will Be In Action On Night 2 Of Shug’s Hoose Party 7!