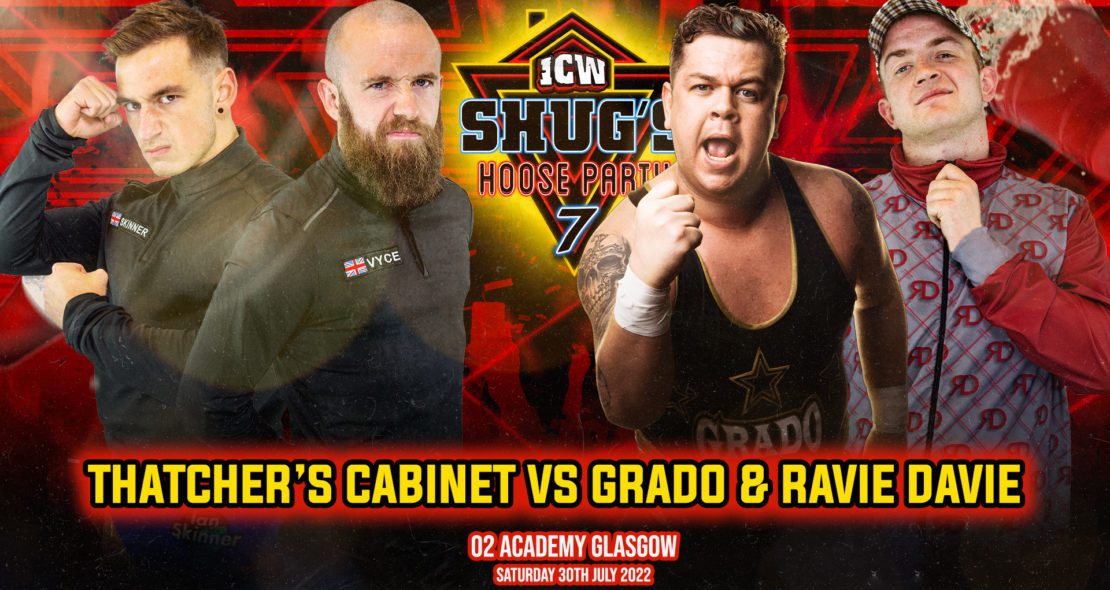 The tap end of Stevenston’s finest joins forces with the fresh prince of Drumoyne Square this July!

Former ICW World Heavyweight Champion and BBC star Grado was already confirmed at ‘Barred II’ this April as the host of Shug’s Hoose Party leading many to speculate if he would pull back on his singlet and bumbag to return to action during the weekend.

That question has now been answered as ICW and TikTok star Ravie Davie confirmed during a recent TV Taping that he would be teaming with Grado to take on Thatcher’s Cabinet at the o2 Academy Glasgow on Saturday 30 July 2022, on Night 2 of the Shug’s Hoose Party 7 Weekender!

Will the force known as D-Generation Greggs be able to thwart the Tory onslaught or will The Cabinet bring the Hoose Party to a screeching halt?