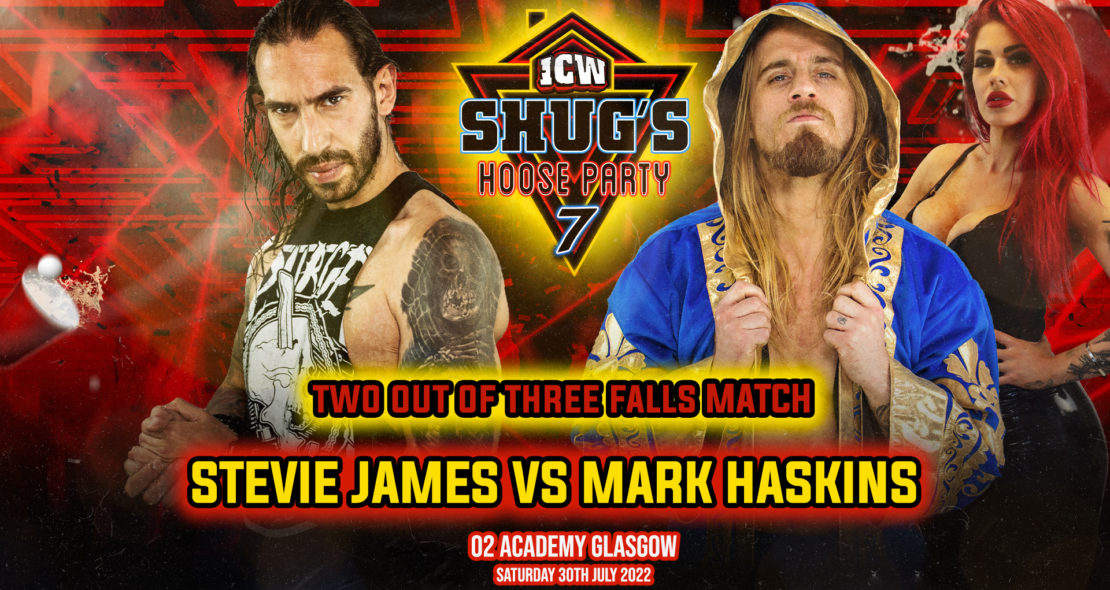 One of ICW’s homegrown stars will be put to the test against a legend of British Wrestling at Shug’s Hoose Party 7 – Night 2, when Stevie James faces Mark Haskins in a 2 Out Of 3 Falls Match!

‘The Outlaw’ Stevie James has been on an incredible singles run throughout 2022, and recently came up against Haskins on ICW Fight Club. The match lived up to every bit of hype, but ended in controversial fashion when Mark’s wife Vicky caused a distraction, and Haskins used the ropes to help secure a pinfall over Stevie.

Stevie confronted Mark & Vicky backstage, demanding another chance to face ‘The Hatchet’ and prove he can defeat him. Mark decided to give Stevie the chance to put his money where his mouth is, and challenged the Outlaw to beat him not once, but twice, at Shug’s Hoose Party 7 – Night 2, on Saturday 30th July!

Can Stevie score the biggest singles win of his career, or will Haskins get himself back into contention for the ICW World Heavyweight Title?